That’s problems with the work, not the engine as such.

I accept my 924 S for what it is, a cheap project, bit of fun, but a good car underneath. Well, it was once. I had also hoped that people working on the car had exercised the appropriate care and attention that it deserves. But, the further I stripped down the engine the more I found this simply was not the case. The most frustrating thing was that in almost all instances this was entirely avoidable. I am not going to go off on one, again, but why can’t people do things properly? I can only assume that when they are making a mess they are doing so on the basis that they won’t see the car again and therefore not face the consequences of their actions? Perish the thought that any of these were done by professional mechanics.

This post may end up reading like me having a moan, but my hope is that it will serve to help others who encounter similar obstacles. 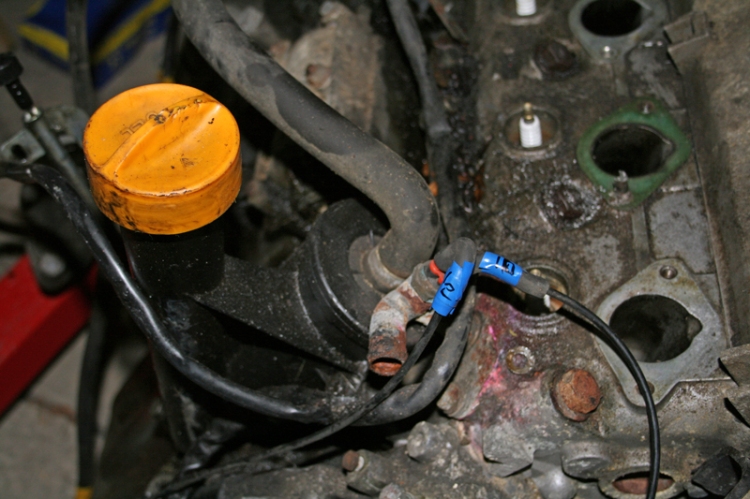 My first problem came with the speed and reference sensor housing. I needed to remove this to remove the clutch cover. The housing is held in place with two hex bolts. One was a little tricky to move, the other was a mess and going nowhere. 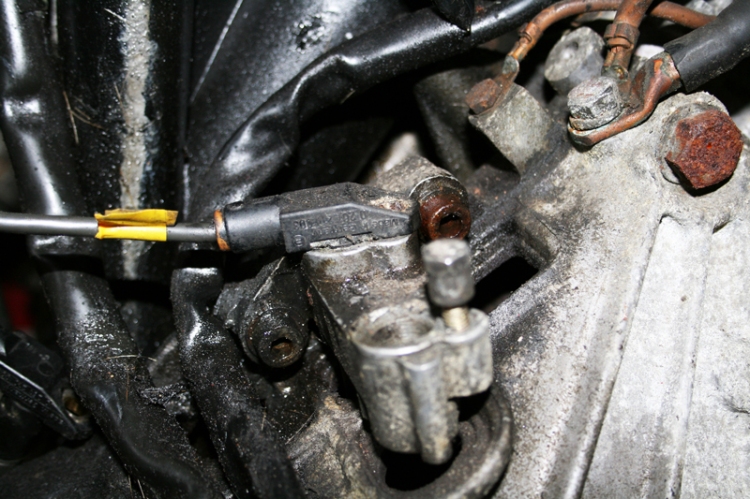 With just a small amount of pressure the Allen key was turning in the bolt. I started with mole grips, but they weren’t so good at the gripping. However, such was the extent of the damage to the Allen head I found I could jam (with the help of my trusty rubber mallet) a 0.5mm larger allen key into the bolt. Knowing I may only get one shot at this I carefully removed it again at sprayed the bolt with a good dose of Liquid Wrench. I left it for 30 minutes, gave it another spray and a 5 minute rest before setting at it with the hot air gun. Around 10 minutes later and the whole area it hella hot! With the ambient temperature at rock bottom (at this point there was snow outside!) I didn’t hang about, getting the over-sized allen key wedged back in. Taking it very gently I managed to loose the bolt, after which it came off rather easily. The triple threat worked! It is probably worth mentioning that before I even began trying to remove it the first time, the bolt is given a good knock to wake it up. While one of the three methods may have proved successful it is worth the time to use all three at once, better to give it your best shot than destroy the bolt completely.

What really worried me was an intake manifold bolt. Similar to the above, an Allen head had been rounded when refitted and meant I could get no purchase. It wasn’t misshapen enough to jam in an oversized allen head so I first tried an Easy Bolt extractor  – a counter threaded self tapping bit. The idea is simple; counter threaded the bit screws in and once it bites turns the bolt to undo it. The problem I had was getting this dead centre, I couldn’t and it didn’t work. Next I tried cutting a line across the top of the bolt to make a screw head, but this just bent open when I tried to unscrew it. By this time the bolt head was a mess, the only thing left to do; take the head off the bolt so I could remove the manifold and worry about it later. I took the bolt top off with a chisel and then put tape over the inlets to prevent dirt from entering. 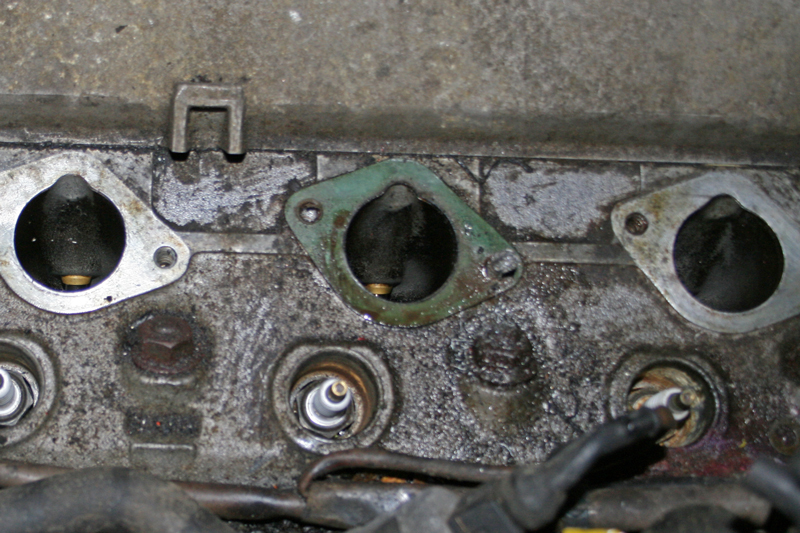 With the manifold off I had better access to the remaining part of the bolt – thankfully a reasonable length remained – it’s not the best angle, but it’s the right side of the inlet in the centre, above. Tag teaming it with Liquid Wrench, lots of heat and mole grips I moved it not one jot. Nothing. I had pretty much resided myself to the fact that I would need to take the head to a professional and get them to remove the bolt for me. But, one evening I was browsing eBay and came across an Impact Stud Extractor, it’s like a drill bit with teeth that you clamp onto the stud / bolt, attach an impact wrench and hit the rewind button. It went something like this…

Genius piece of kit, at a little over £10 am very pleased to have it in my tool box. Also reiterates the value of the impact wrench.

As I was stripping down the front of the engine, everything was coming off nicely. That is, until I got to the feather key on the crank shaft. A feather key is a small flat bottom piece of metal that sits in a shaft – it is what the gear wheel slots onto, to make it turn and drive the timing belt. The problem with these keys is that they fit very snuggly and can be difficult to prise out, this is further compounded when someone has previously chiselled off one side, making it nearly impossible to get any purchase on it. I tried the Liquid Wrench, heat and mole grips combo, but to no avail. I then tried drilling it, in the hope I could get a screw in enough to pull it out. The drilling was fairly ineffective. In the end I went back to a method I had tried previously, hitting it square on with a hammer and chisel. I had tried this once, to no avail. I was quite frustrated by this point and hit it harder than I had previously, it came out this time. As you can see below, the state of the outgoing feather key compared to the new one, it would have been put back in the engine like that the last time someone worked on the engine. 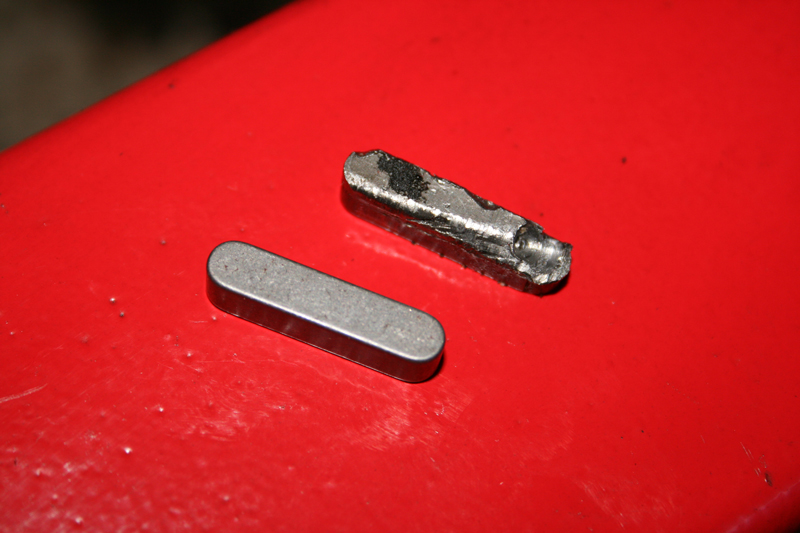 There were other problems, but those were more run of the mill. I am also pleased to report that all of the offending items were replaced with new; while I hope not to have to strip these parts of the engine  again it is nice to know that I could if I needed to.