With the honeymoon period over, how I feel now… 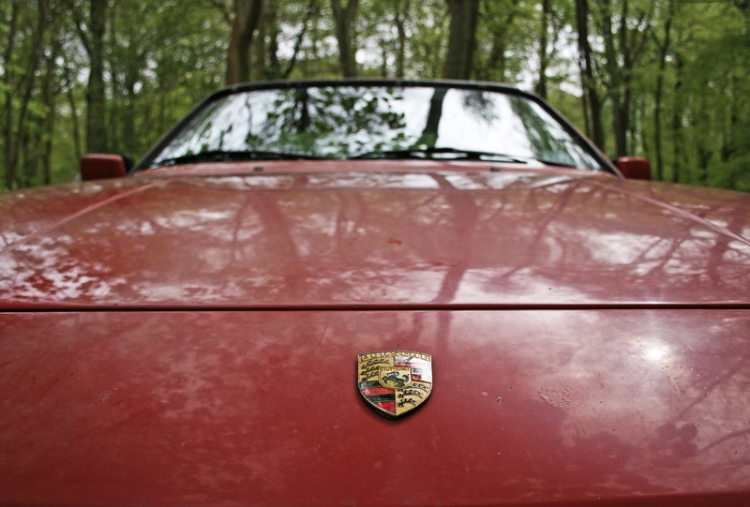 Starting from the outside, I like the shape of the car. It’s come back to me. This is one of my theories of car evolution; taking the 924 as an example, when it was released it was new, exciting and desirable. Then, a short number of years after production ended, it looked dated. Move on another decade or two and it is so far behind the times it is becoming classic and looking dated doesn’t matter, and can be enjoyed again. My own car is not perfect, from a distance the it looks shabby, the paint has faded badly and instead of Indian Red the car looks a combination of light red and milky white. Get close up and you can see the dings, in almost every panel, blistering on the teledials (a great looking wheel) and damaged rubber seals.

Inside and the driver’s seat hasn’t faired a great deal better than the exterior with a tatty door-side bolster and on the base the cloth seat is pulling away from vinyl the bolsters. Appearance aside the seats are actually rather comfortable, seemingly remarkably soft compared to the sports seats of modern cars. Typically, for a square dash 924 / 944, the dashboard has faired no better than the seats and has cracked in the sunlight. The steering wheel is a nice size and design, if a little skinny, but the spacers fitted to the seat, to raise it up, mean there is little room between my legs and the wheel. 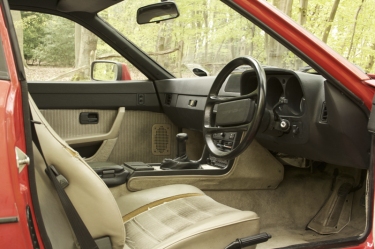 The switchgear is a bit of a mixed bag. The column mounted light and wiper stalks feel small and flimsy to the touch, but using them they are actually solid and click home with a precision missing in many modern cars. As for the rest of the controls, these are on/off rocker switches, none of the soft-touch push button business here. The switches are quite scattered around the cockpit with some very small ones on the transmission tunnel take some guesswork in the dark. Also, with the old on/off principal, there is no self-cancelling, which means I have left the sidelights on once or twice.

Dials are another odd one. Much to my delight there is an oil pressure gauge and volt metre, two things that these days are largely replaced by warning lights. I love these gauges as I can see what’s going on with the car as it happens rather than something to tell me what’s gone wrong after the fact. These dials are fitted in the centre console either side of the clock, an analogue number where the adjustment knob obstructs the hands around the 7-8 positions, at which point if it guess work. A few of the dials behind the steering wheel are obstructed by it too, so there is occasional craning to check all is okay. The fuel gauge appears to drop in stages, but that may be a faulty sender.

The car is fitted with an electric sunroof that, as yet, I have been too scared to use, for fear of leaks if I do; it came supplied with the storage bag for the boot, should I take it out completely. As an aside, almost every advert I see for a 924 tells me, “includes the roof storage bag, which is quite rare”, it almost seems more rare for it to be missing. The electric windows work well, although slowly if using both at once. There is no air con, which I suspect would add more in weight than it does in cooling ability.

Putting the key in the ignition occasionally requires a little fiddling with the steering wheel, but generally nothing drastic. Turn the key again and the gauges spring to life. Turn it again and the engine fires into life, most of the time. There are occasions where the starter spins for a while and the moment I am about to release the key, it catches. The final starter scenario everything sounds laboured, like I’m trying to start a cruise liner, and again, just when I am about to quite it, when it sounds like the battery has had enough, it’s go time.

Setting off means releasing the handbrake that is down by the door, and despite being on the wrong side, is surprisingly instinctive. It does seem to have a catch point about half way down, where I think that the brake is released and I drive off before I notice the warning light and release it the whole way. And curse a little.

Visibility, for a sports car, is rather good thanks to the large rear window and not too much metal. Things aren’t so great in the rain as the wipers are setup for left-hand drive and don’t clear where I’d ideally like. 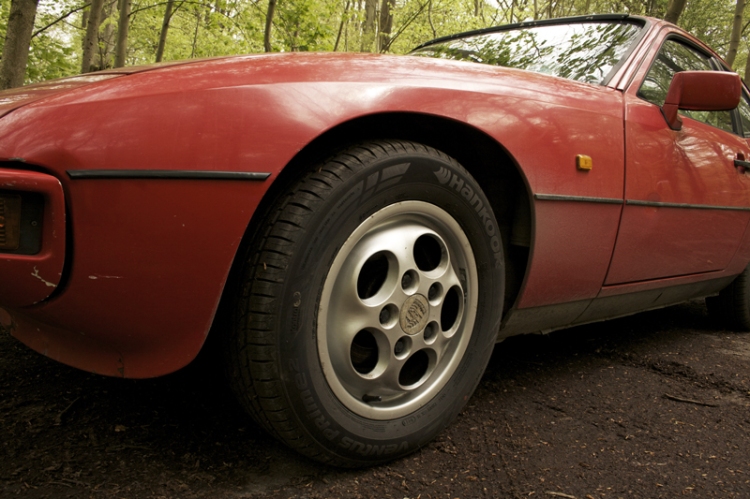 Unassisted steering means I need to remember to keep moving when manoeuvring at low speeds where it seems extremely hard work. Once I get going things lighten up a lot, perhaps too much, but I suspect I need to look at the front shocks and then get the geo sorted. There is absolutely no messing between the steering wheel and the teledials with the slightest movements are transmitted instantly and the car also goes exactly where it’s pointed, and it takes me by surprise on occasions. 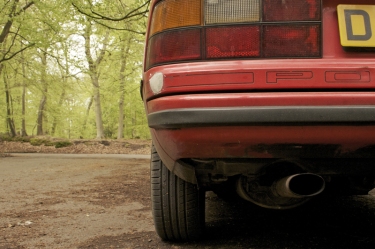 The front shocks don’t seem quite right but overall the suspension seems to work well, the car stands up quite a lot and there is a fair amount of roll going into corners, but grip doesn’t seem to be an issue even with the skinny tyres. There is some feedback from what’s happening underneath me as I slowly find the limits; I haven’t got there yet. I have yet to really push the car, partly as I am trying to ease it back into life.

Going on new and then sitting ideal for three years the brakes are poor in stopping power and feel. I have run the bedding-in procedure a few times and it has helped, but they may need a refresh before too long.  Again I think the shocks may need some attention, which would also help with the stopping power. On the plus side, they are judder free and the car doesn’t pull under braking.

The engine, it leaks oil. I just need to identify exactly from where. It does seem to still pull strongly, although sounds a little rough at times, but then again how smooth can I expect a 2.5 four to sound at high revs? I am not sure if it relates to the oil leak but the pressure is a little on the low side at idle, running a little over 1 bar, when revved though it seems fine and when cold it runs around 5 bar. Something needs attention. It is becoming less prominent but there are vibrations into the cabin and the bonnet dances around a little but I am hoping I just need to change the engine mounts.

Getting the power down doesn’t seem to be an issue, while the car isn’t fast by today’s standards, it is still reasonably quick and is improving the longer I run it.  The gear change is somewhat industrial, with a long throw, but it is precise and each ratio engages with certainty and I quite like that.  I do seem to need to run a gear lower than I would ordinarily as the engine judders a little below 1,250rpm with the throttle open, possibly the engine mounts again.

Despite the foibles I am really enjoying driving #Project924, it is well balanced and very engaging to drive and I believe when I sort a few problems it will only get better. And yes, there are many problems to sort, but it is quite clear this car was made at a time when cars were better built; rattles are virtually non-existent and tactile objects all feel solid. As a project car, it’s great to drive as is and there is plenty to get on with, mechanically and cosmetically. Instinct tells me it will be great on track too.

In conclusion, the Porsche 924S, a great proposition.