A little while ago, about two months now, I mentioned to Stuart Gallagher that I was spending a Saturday working on #Project924. What’s that? He asked. I explained. Stuart thought it would make an interesting addition to the GT Porsche fleet. Was I interested? Hell yes!

A little while later and I received my submission deadlines and briefings. My first write up was to be how the project came to be and progress to date. I am very pleased to say that submission features in this month’s magazine, the July edition, issue 128. To sweeten the deal further (I needed no sweetening on this one) Stuart arranged for a photographer to come and take some professional shots of the car. Needless to say I was very excited and booked a day off work.

The day came and the photographer, Antony Fraser, arrived just after the rush hour. I took him to the garage and proudly showed him my Porsche 924S, which had been rinsed off the day before. I had taken the decision to clean the car, but not too much, simply remove the road grime. 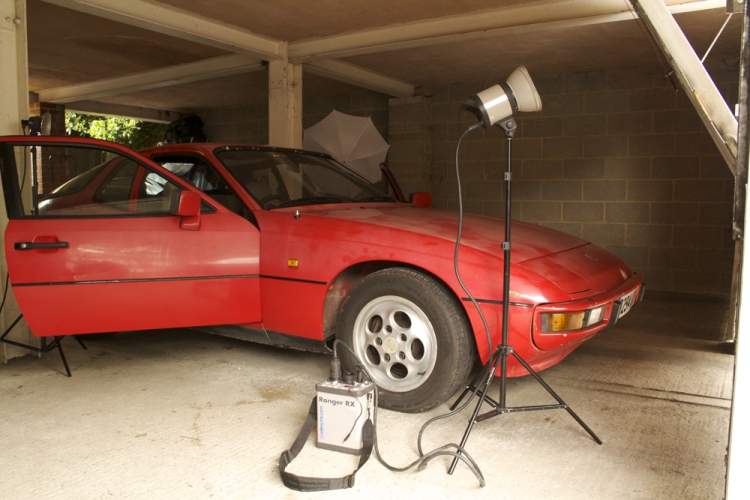 Anthony started out with some shots of the car in the garage. Whereas I just snap away mindlessly hoping for something that I can salvage in PhotoShop, Anthony had lights set up both in and around the car. Umbrellas and lighting disks came into play too, it all looked very professional. As someone with and interest in photography the entire process was fascinating. Alas I took no notes as we spent a lot of the time talking Porsches, including Anthony’s GT3; that definitely got my attention!

In addition to moving the car around I was required to be in a few of the photos. Despite Antony’s obvious talents I am far from photogenic and often cringe at the thought of having a camera pointed in my direction. When all of the indoor work was done it was time to hit the road. Of course, in May in the middle of the drought, it was raining out. Thankfully the worst had come down while we were in the garage.

Once I’d moved the cars around and Antony had packed up his lighting gear we set off to a lovely road in the countryside. Antony was deposited at the side of the road and I set off. It was still raining a little. The first task was to get a few passing shots and thankfully we were in a 60mph limit and I was rounding a corned, so some speed and hopefully some drama. For the middle of the day it was amazing the amount of traffic and even more amazing the ability of cars passing from the other direction as soon as I entered the shot. 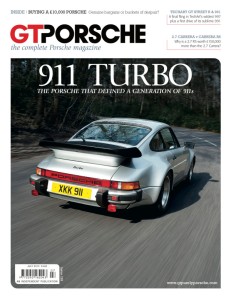 Next, and Antony was in the passenger seat as we set off again. I wish it had been shots down the car, but the subject was me. I can only hope I wasn’t looking too uncomfortable. Given Antony’s seating position, the 924 is not a wide car, it was amazing how much of the cabin he managed to get, going by the photo I saw on the camera. And that was then end of the driving in circles.

Finally, the really cringeworthy part, my profile shot. Me standing by the car. We headed to a lovely tree lined road just outside of town. We positioned the car to keep a lamppost out of view and I leant on the front wing while Antony snapped away. A low point was the bemused look on a pedestrian’s face as he walked past; why on earth is that low rent model doing on that old battered car? I continued unperturbed. A true pro by this stage. With that we were done. As someone who is not used to this sort of thing, it really was a great experience – I was going to try and style it out like I wasn’t phased, but I loved it.

So if you like the project but wished the writing was a little more polished then pick up a copy of GT Porsche, Stuart suffers my poor grammar so you don’t have to. The magazine also has a bunch of other cool articles written by professionals about all Porsches, old and new – including some rear and mid engined models (go figure).

As an aside, as I write this, on the day of the photo shoot, the rain has passed and it is now a lovely evening with blue sky.