The biggest change I could make to the car is…

Changing the engine mounts. Mine were apparently shot, according to the guys at JMG Porsche. I had suspected there was something amiss in that department due to the excessive vibration at idle – so much so that the bonnet knocked against the top of the heater blower cover and was taking the paint off. Other than resolving that problem, I couldn’t see it would make that much of a difference. One thing I knew for sure, JMG know a lot more about these things than me, so the job moved up the list.

My original plan had been to replace the engine mounts with the original Porsche items, these are around £110 a piece. When the time came though I had an expensive problem with another car, so I decided to go aftermarket. I had been put off this option as I’d read a lot of bad things about these inferior quality items – cheaper solid rubber mounts – that would only last a couple of years. The original mounts had probably been good for 20+ years. However the aftermarket items were priced less than 2 for 1 against the Porsche mounts.

Having made the decision to aftermarket I wanted to make sure I got the best I could find. Going through a few options all of the mounts seemed to be solid rubber. I did find some at Type 911 which were listed as hydraulic, as are the factory mounts. As all other aftermarket mounts I’d seen were solid rubber I was slightly suspicious. I checked with Matthew at Type 911 and he contacted Meyle who confirmed the mounts were as described. 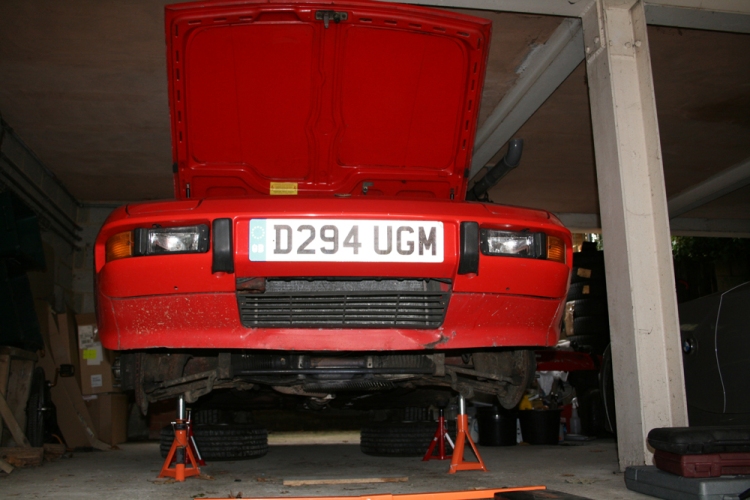 The job itself was relatively straightforward – do a search for proper instructions if you need to do the job yourself! Pop the car on axle stands and remove the front wheels for better access. Remove the exhaust heatshield, there to protect the OS engine mount from the exhaust manifold. Remove the front anti roll bar. All of the above it is a matter of removing a few bolts. Next, I supported the engine, using a trolley jack with a plank of wood, placed under the sump. I jacked it up just enough to take the weight off of the engine mounts. I cannot recall the order but there are three bolts that need undoing. Then, drop the cross member down onto its bolts at their lowest point. The engine mounts can then be prised out.

Looking at the mounts when they came out, compared to the new ones, they were in a very bad way (shown below). Comparing the NS and OS mounts the OS was significantly worse off – it takes most of the weight from the engine and has the heat from the exhaust manifold, which perishes the rubber. 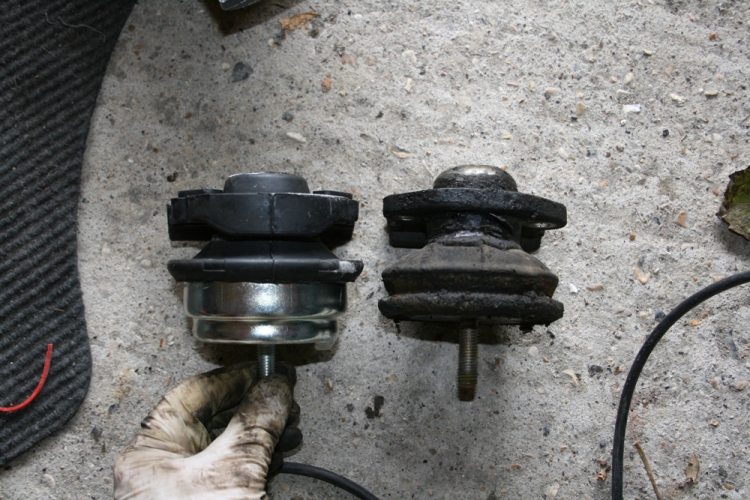 Getting the new mounts in was a lot more difficult than taking the old ones out, due to the difference in size. I really struggled with this. This is not advised, but I ended up removing the crossmember bolts entirely to enable the new mounts to slot in. With the crossmember bolted back in I think dropped the engine slighly on the jack to compress the mounts enough to push them into place. Just to mention, I did one side at a time as I didn’t fancy having no mounts in place.

Everything else went back in quite easily, apart from the anti roll bar which was an utter pig. If someone has a knack, let me know! Although I suspect that, by design, the tension on the bar will mean this is always a difficult task.

Now was the moment of truth. I fired up the engine and stood back to admire my work. The difference was immediately apparent; far less vibration from the bonnet and a smoother idle. Excellent. I put my tools away and took the car out for a test drive. A big difference was the ease with which the car could maneuver at low speed, particularly on part clutch. Before, the car would judder a lot, with the new mounts in it was smooth and easier to drive. Trundling along at 30mph in fifth is now possible, whereas I was previously often hunting for a lower gear to keep the revs up to stop the vibrations and keep any semblance of civility; with the old mounts accelerating from 30mph, even in fourth sometimes, it felt like the engine was trying to rock and shuffle itself forwards.

Out of the town and onto the open roads and the good news continued, comfort aside, the car pulled so much better from any revs, I would go as far as to say that the car accelerated faster. This wasn’t just in the high gears either, drop down a couple gears for an overtake and the car is much more eager to get going. 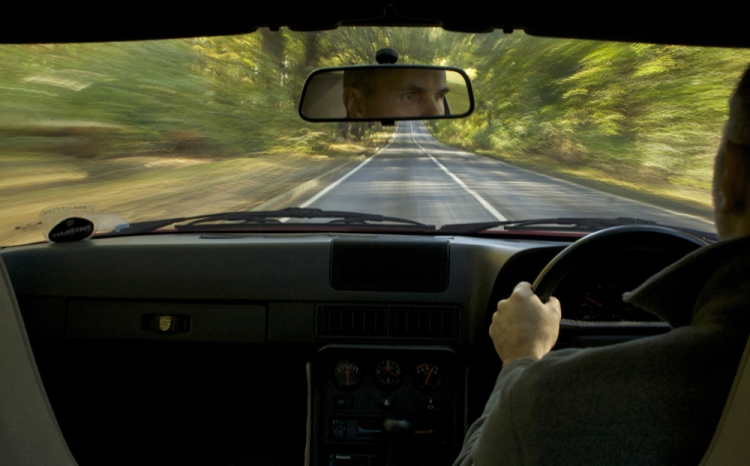 The biggest change I could make to the 924? The car runs better at low and high speeds, performance has been improved, it is more drivable and I would wager, being able to run higher gears at lower revs, the car has become more economical too. Yes, JMG were right no the money, as I would expect. So, if you are getting excessive vibration through the cabin, you probably want to check your engine mounts, if they need replacing, like me, you could be amazed at the difference.